prjktMAYHEM is not just Nissan cars, but any car we choose to monkey with. In this case is a 2005 Mitsubishi Lancer Evolution VIII, or simply EVO VIII. The official name for this one is prjkt EVO VIII MAYHEM. This car was acquired in 2011 from Cosmo Motors in Hickory, North Carolina. It had previously belonged to someone in North Florida. It has had some work done to it, but like most cars that have been messed around with and modified, the previous owner took things off of it and replaced them with OE parts or just plainly aftermarket no-name stuff. There’s nothing wrong with that if it were a private sale, but when buying from a dealer/broker (in this case it was a sports car broker), you really don’t know everything you’re getting or not getting.

From the exterior inside the engine bay, there is an aftermarket Megan Racing turbo manifold for a standard frame turbo. Hanging off that manifold was something not standard. A Forced Performance (FP) Green 73HTA standard frame is in the place of the normal EVO IHI TDO5HR turbo 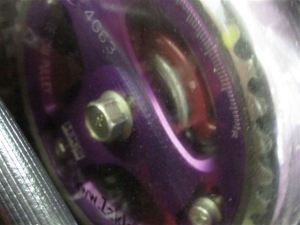 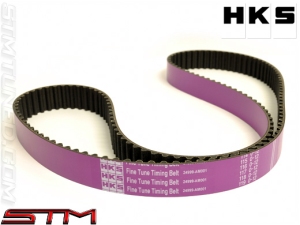 Cams? Good question. I was told there are HKS 272 sitting inside.

We will see next month. 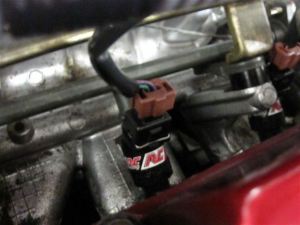 Lastly, a Forge manual boost controller (MBC) is there, as well. 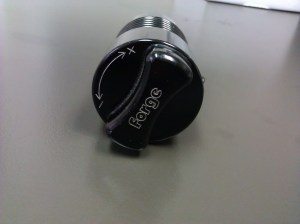 This thing is suspect… Why? Because we could not hold 23 lbs of boost. It should of, but it didn’t. The best we were able to make last year on 93 octane was 376 WHP. It should have gone higher, but each time the MBC was cranked, it would fall back to max 23 lbs.

Is the MBC the only culprit? Of course not. I even suspect the no-name FMIC and the mix-match piping that is with it also equally to blame, and it could also be that the cams are not 272. 376 WHP is very respectable for the EVO 4G63, but for all that is supposedly there, it should have made more. Yes, I was very disappointed, BUT… it is an excuse to upgrade and to see what this power plant is capable of.

With that being said, this is what was purchased today for next month’s upgrade/replacement plan

When I got the car, there was evidence of gauges of different types, and I can still see the connections and where they went to in the engine bay. I am sort of hot and cold on gauges, but of all the gauges I need, it is the boost gauge.

It’s crazy to not have one whenever the factory boost map settings are changed.

Anyway, why the 4-BAR MAP and GM AIT Sensor? Because we started to change over from a Mass Air Flow (MAF) system to a Speed Density (SD) system.

This is a system you will find on Mustangs, Nissan Skyline GTR, to name a few.

Speed density systems (MAP) calculate the density of the air first by measuring the temperature of the inlet air and manifold pressure. With the density of air known the engine controller then looks up how much air it expects to be moving at a specific engine speed and manifold pressure. This is done in the Volumetric Efficiency table or VE table. Traditionally the VE table is 3D and has two axes Engine Speed (RPM) and Manifold Pressure or % Load. A engine that is 100% efficient moves exactly its displacement every two rotations in 4-cycle engines.

– Is a little more difficult to tune.
– Relies on a well tuned Volumetric Efficiency Table.
– Less forgiving to new modifications to the engine.
– Might have errors in large weather changes however a proper tune makes this minimal if any error.

As I said earlier, I suspected that Forge MBC to be the main culprit of not being able to punch up above 376 at 23 lbs boost. I went with Hallman MBC simply because it is a better product, and in conjunction with it, I got the Pro In-Cockpit MBC Controller

In ETS’ own words,

I think that with ETS’ reputation for really fast EVOs and GTRs, it’s a name I can’t go wrong with.

OK… a lot of stuff. You may be asking why I didn’t take the wastegate actuator into consideration. I did, but since it is an FP one, I am willing to say that there isn’t anything wrong with it. We shall see, though.

After everything is removed and replaced and mounted, we’re going to take a trip to Jacksonville, FL to see Chris Carbee. Chris is a well-known tuner of GTRs who got his start in EVO VIII/XI/X cars before moving on to the R35 GTR. Regardless, he is a tuner, and he is my tuner for the EVO.

We will post up more next month as stuff happens.